Check out SE's site for screenies.

The big feature currently announced is customizable and fashionable armor -- 3 are given thus far, and the descriptions mention 3, so maybe that's it until SE decides to give us more. They say that the armor has 20 possible additions to it, and you're able to choose 2 from the list. The armor looks very awesome as well; especially the first one. 2 of them are San d'Orian in design, and the last is near eastern.

If no one wants to see the screenies, and what I have to think in fear of spoilers; I'll just make the following text small, so copy paste to whatever word document.


As far as the screenies and armor go, I think that this story will be centered around Aldo, San d'Oria, and furthering the depth to CoP's memoria de la stona and the crystals, and the Enigmatic Youth in this game might probably be Zilartian -- I dunno, he just looks like it. Just intuition from my part. Also, we're dealing with a crystal with the power to mind-control humans and beastmen and mandragora too! Weeee~

I'll be in exams when this comes out, woo. Glad I'll be back by next week. Fun fun fun~

Wow, it's being released this soon? Well... seeing as how I'm stuck in Altana missions (razzafrazzin' Fire in the Hole), it'll give me something to do besides Fort pounding. 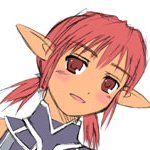 Good god, SE. Finish one expansion before you start the next.

Well, they did start work on Wings before finishing the story to Aht Urghan, so.... It's to be expected, I guess.

Ahahah, good one SE. It's a pre-release date. If you buy it, now, you still have to wait until the update in April before you can do anything with it. Meh.

I haven't read the press releases very thuroughly. I didn't know about Crystalline Prophecy until like last week. Was that what they said all along and the fanbase didn't notice it, or did they just not tell anyone about that part of it until today?

That's hilarious! SE and its fanbase truly does deserve each other.

Duuurrrrrrr, I've already Pre-registered for it. I r a smart consoomer! ^_^ 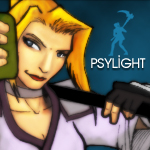 I got exams. Once its April 5th, FFXI is first destination (yes please)

Good luck on your exams, DV.